There Are No Questions For Your Answers 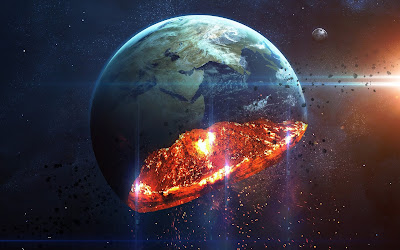 Power has returned to many of our substations. Communication has been sporadic, yet it has been determined the Earth will never be the planet we once knew and loved. Reports of massive destruction and continuing attacks have been coming in non stop!

I'm not sure if my information, discoveries and calculations made it to the right people and I have lost all hope that this weapon I have created can save humanity.

We've made contact with members of Earth's space station who have been watching this onslaught during these past years. It's amazing they have survived up there all this long. I'm sure their hope of returning has long fizzed out. Brave people, very brave. ... They have been communicating "safe areas" back to those of us here on Earth, places where the invaders have been ignoring; allowing us to set up more substations and research facilities.

We are going to set up a rocket launch system in Houston where we can hopefully send help and much needed supplies.

We can only win this fight if we can keep our communications with them ongoing. In order for us to survive, they would need to survive as well. 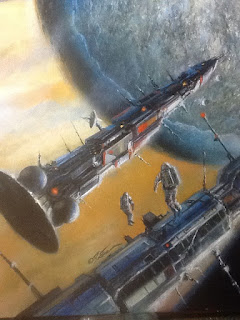 The Onslaught, the Collapse, the Aftermath, the Challenge ...

The past 9 years have been miraculous to me. I, for one, am still alive. Not so for the billions who have perished during the mysterious onslaught (some say "invasion"). But, I know the truth.

Our Government used off-Earth intelligence, materiel which fell from a passing comet, in experimentation and the ultimate horrific creation! Somehow, this 'alien' intelligence was then able to 'transmit' some form of thought process across the universe. And, from the first recorded scientific failure, and the tragedy that initiated the precursor attack in NYC, this 'creature' was unknowingly sending signals to a much higher intelligence far out to another Galaxy. The following onslaught of 'creatures' from a Galaxy not our own actually began with "human" meddling! We thought we could make a weapon with this 'particle' discoverer on a falling satellite. Yes, we created a weapon, all right; one that turned on humanity on a whole, rather than bring one nation's power to the top, it brought all nations to the ground!

Too many people wasted time 'speculating' what was happening to our planet! Lies, corruption, cover-ups and the barrage of misinformation spread quickly - TOO quickly. In most cases worsening this so called 'invasion'. Factions managed to assemble by those of us who had worked on the project. Even then, people held tight to their belief systems. Some believe it's an exclusively man-made, government scheme. Others believe this to be mass hallucination (?!). Various religious organizations insisted this was all an 'act of God' and human 'meddling' can only make it worse (this mode of thought actually hindered our beginning efforts to stop the onslaught before it got out of hand). In the end, not many people could agree on what was happening, or what there was to do about it.

Luckily, I was able to keep in contact with Sakura. She's safe in Japan (surprisingly, one of the few places on Earth not fully affected by the onslaught of alien 'monsters').

Josh is dead; and Jason, who was hired to find him, fell out of contact with the main base. But Sakura assured me he was just off-the-grid and safe, for now.

We are the few remaining, re-assembling, communicating: we're trying to develop technology that will rotate this melee into our favor! Sadly, greed and corruption continue in our fallen societies.

For those a part of Zebra Team Alpha : "It's raining. It's pouring. The old man is snoring. He went to bed, and bumped his head, and couldn't get up in the morning."

Celestial Outclass - We are not alone! 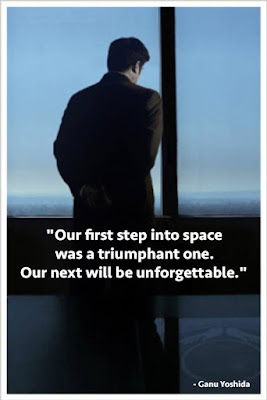 Tagruato has begun development on a revolutionary new energy technology in what CEO Gano Yoshida calls a technological great leap forward for our planet. This renewable technology will take at least 4 years to complete along with another six years.