This Is Not a Mischievous Act!

There has been published such brazen lies and utter fictions about me that I would long since have gone to my grave if I had let myself pay attention. As human beings, our greatness lies not so much in being able to remake the world - that is the myth of the atomic age - as in being able to remake ourselves. No one man can reveal to you nothing but that which already lies half-asleep in the dawning of your knowledge. One comes to believe whatever one repeats to oneself sufficiently often, whether the statement be true of false. It comes to be dominating thought in one's mind.

Now that the sales are final, and payments have been made, I will find Thad! He will not reveal what he has discovered out of fear! Even I have not uncovered the complete resolutions of what has become of myself, and what will become of all mankind.

There are lies, damned lies and statistics.
Posted by Hal at 10:38 AM 2 comments: 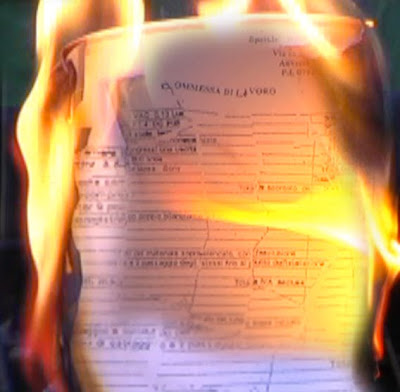 This isn't true.
Not that I expect my saying so to have any resonance or meaning for anyone.

The difficulties of a jobless (and very sick) man, who's only claim to fame was a little film with a single, jarring 9/11 reference, can not come to grips with what many perceive to be the real world outside their own shell of reality.

Sakura tried to get me back on my feet. That little bastard, Thad, only wants to defeat me (?), and all I want is a semblance of my life back.

It isn't just a film. It was a piece of my life that was grabbed away from me and shattered on the ground!

Work on the second has provoked my downfall.

What started out as a simple experiment has gotten drastically out of hand, alas, eventually failed.

I never asked for help.

We told her the plants are dead! 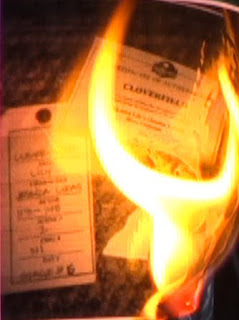 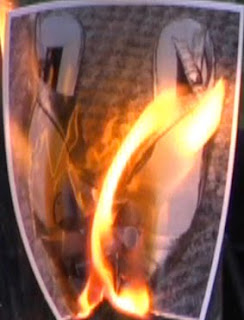 Sakura's laptop has increasingly become difficult to function, and that little bastard has wiped my hard drive clean!

I've regained control of my original props, and once reprogation with my buyer is achieved, I will BURN the pictures!

You have no idea!
CAUSAL JESSICA

They're On To Me!

While I have Re-established this blog under a new username, and reassigned the password, Hal is on to me!

My mother and I will be leaving New York this very evening.
We are only too easy to find at St. Vincent's.

One can only guess the implications associated with the information I have discovered on this LapTop.

Mr. M has sent an eMail (thru Sakura's account) which I have retrieved:

I know I've made some very poor decisions recently, but I can give you my complete assurance that my work will be back to normal. I've still got the greatest enthusiasm and confidence in the mission. And I want to help you.
-Hal

The rebuilding of the statue will never happen.

The Hand Of Liberty is burning as I write this! 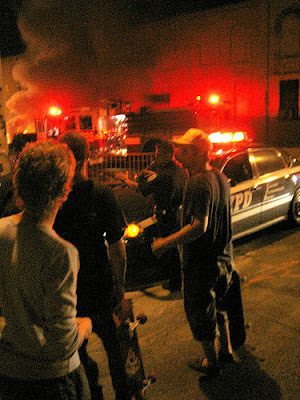 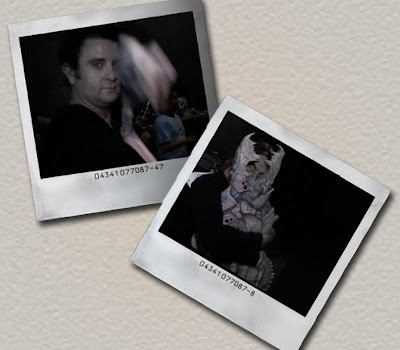 I can not return this LapTop to Hal, unless I know for sure
that he is not associated with the enemy!

Pieces of the creature have been distributed worldwide for
scientific experimentation. Military applications have been
set forth to try and duplicate the compounds for use in
battle armor.

Furthermore, many of the smaller creatures have been kept
alive, and their toxins have also been evaluated by Military
scientists as a possible bio-weapon!

Regardless of the information I have discovered, Hal must
have known some of this. Apparently, he's been infected
with the toxin, and claims he left a piece of whatever element
he was working on (maybe an antidote?) back in a hotel room
while stationed in Europe. 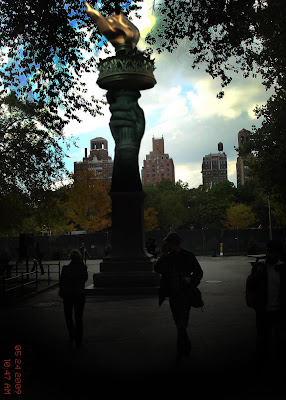 The Hand Of Liberty!
That's what they call the effigy.

The dedication ceremony was one year after the debacle (my mom takes horrible pictures). The creature's destruction of the city paled in comparison to the damage left by our military. While I knew the Statue of Liberty was destroyed, I had no idea the circumstances surrounding the whereabout of its head! The images on the video were shocking - there's bound to be pictures that were taken that night floating around the Internet.

A lot has been going on this past week.
Sakura met up with Hal. He's in rough shape, and I'm not sure of their current status. They disappeared before I could approach them at the restaurant. They need to contact me as some of the information on this LapTop is extremely hard to decipher. What is plǝıɟɹǝʌolɔ?

I got a bit frustrated going through some of Hal and his guest's junk, and decided to watch a movie. I popped open the disc tray and found these scraps of paper!

Also, Hal's guest user may have known something of the fate of the statue.
This image was dated nearly one month prior to the incident!

I'm under close watch, but the officials deem me as "just a kid with a computer."
Whenever they are around, I play video games! Yeesh!

One a side note. Hal's daughter (and many of the wedding guests) perished in a bizarre occurrence. The FBI stepped in, but not before the coroner had reported: "asphyxiation due to contaminated Sterno usage." Hal was not the only one feeling 'blue' that day.
Posted by Hal at 10:48 AM 6 comments: