It Starts With The Flu 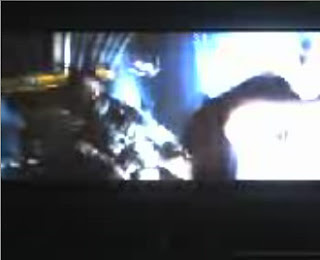 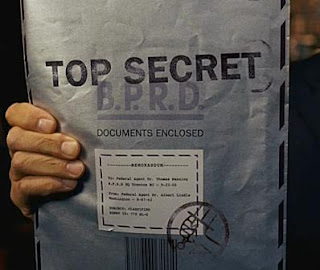 I have taken the computer away from my mom!
(And, I have translated her previous post)

The virus that has been spreading through NYC seems to be contained (for now).
I fear the reports from Europe deem not so well, as they had not been as prepared for the outbreak.

I have not yet been able to crack the second password on this thing, but I have watched some of the video. It seems to be raw footage from that night nearly two years ago.
I had to stop ... as I lost my father ... we were crossing the bridge while trying to get out of the city.

One of Hal's messages to his manager was that he feels he wasted his life on the "project."
"... I feel time management was our failure in warning innocent citizens of the impending crisis. ... I wish I had never worked with the Administration during the cover up. While I have destroyed the original tapes, I saved copies before burning them to the SD cards that were requested for Military Training. ... Now, it's begun yet again! And you all continue to remain on your lazy asses; worried more about the 'bottom dollar' than you are about the lives of millions of souls. With regrets, I have unfortunately, and unintended, left one of the samples at the hotel room in London. After my return to New York, I have taken ill and can no longer continue with this charade. Word will get out. I promise you! -Hal"

I've yet to watch any more of the footage, but there are two more videos on this thing.
While viewing, my memories have been pouring in full force. It took me quite some time to determine whether I should set this right with the authorities, or continue Hal's blog on my own.

My name is Carol Foster.

I am a member of the overnight nursing staff at St. Vincent's Hospital.

Mr. M was one of my many patients.
He left the hospital prematurely after his latest surgery
(taking his arm with him).
This laptop was one of the items I had retrieved from his apartment,
along with a brief journal, both of which he has left behind.

After failing several attempts at cracking the password,
I brought my 14 year old son down to the hospital to try his skills with the thing.
It turns out the password was "PASSWORD."
Mr. M is a fan of movie monsters as his icon was that of Godzilla.
There's also a "Guest"
(whom my son has not yet been able to crack this password),
with an icon resembling some form of tribal tattoo:
a symbol resembling a snake with a sword or dagger trust into it.

There's not much information on the laptop,
just a few odd videos, and some notes.
After checking his eMail contacts, (which there are only three) I found this blog,
which is highly outrageous and inappropriate to my mind.
The remaining contacts are to his management
and someone who I would assume to be his daughter.
I have sent the message of his disappearance,
but there has been no return contact.

As for Mr. M ... The tests have been coming back,
and it turns out his infection was not due to the bite from his neighbor!
In fact, "Richard" has stumbled in also showing signs of the same infection.
Mr. M's viral status must have been contracted while in Europe or, worst case,
before he initially left New York.

An agent from the CDC (Center for Disease Control) has locked down Mr. M's apartment building, and is currently assembling the roster list of both flights Mr. M has taken.

I will also try to decipher Mr. M's chicken scratch from his journal
and post any information I do find here. 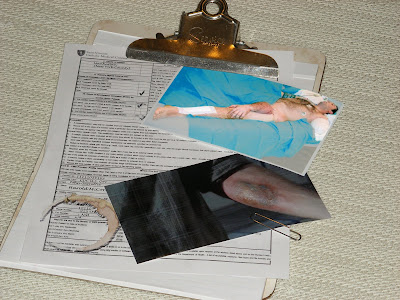 I enter surgery in three hours. I'm not sure of the details, but my Doctor informs me it's to "repair damaged muscle tissue due to the spread of the infection."

Among the items gathered from my place of residence, I am pleased to have been once again connected to the outside world via my LapTop. Thank you all for your support during this time of malady.

An infection is the detrimental colonization of a host organism by a foreign species. In an infection, the infecting organism seeks to utilize the host's resources to multiply, usually at the expense of the host. The infecting organism, or pathogen, interferes with the normal functioning of the host and can lead to chronic wounds, gangrene, loss of an infected limb, and even death. 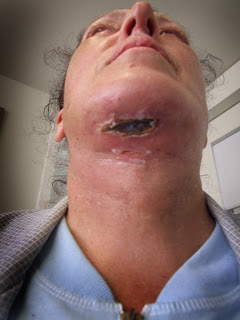 As planned, I checked in with my Doctor on Tuesday.
He admitted me into St. Vincent's Hospital. 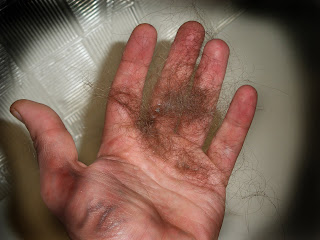 A nurse's aid went to my apartment to gather some items; I am scheduled for surgery this weekend.

I have no feeling in my fingertips and my hair is falling out in clumps.

I have not heard word from my Daughter since her Wedding Day.

I'm not sure if it's just me and my body shakes, but there seems to be seismic activity, and it's not my imagination that the lights flicker during those moments.

The constant moaning and occasional screams, along with an endless barrage of sirens from the outside world prevent me from a proper sleep.
Posted by Hal at 12:23 PM 1 comment: